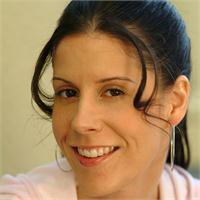 Courtney is proficient with recording studio tools and coaches students in the Artist Development program. Courtney runs Open Mic events and Songwriting courses at North Fulton School of Music. She has studied jazz and classical piano, as well as music theory at The University of Michigan, and The Center for Creative Studies in Detroit, MI. She also studied Music Therapy at Wayne State University, where she received her BA. Courtney has played in several bands as well as a solo artist, allowing her to tour and perform throughout the U.S., Europe, Central America, W. Africa, and the Caribbean. Currently she produces artists with her company C-Note Productions, and works with Multi-Platinum producer George ‘Luney Tunez’ Jackson. www.cnoteproductions.com 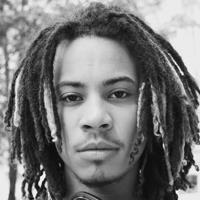 Darius was born in Motown, Detroit and raised in Atlanta. He has been drumming in bands on stage and in the studio from age 14. Moving to Berlin at age 19 he began electronic music production and DJing. He then decided to expand his sound/abilities when he moved to Windhoek, Namibia learning traditional African music for 3 years at The Namibian College of Arts. While in Africa he studied guitar, djembe, piano, marimba as well as mbira and acquired experience teaching these instruments to children. Working on everything from live theater music and sound effects to playing in metal bands to producing commercial music, Darius is a very versatile and accomplished musician. 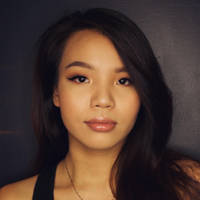 Born in Macau, Jessica is a pianist, vocalist, music producer, and audio engineer. She started playing classical piano at the age of 4 and is certified for ABRSM Diploma in piano performance. She graduated Berklee College of Music with a degree in Music Production and Engineering, and with piano as her principal instrument. She is very versatile and fluent in all genres including classical, jazz, pop, country, etc. She is also well-versed in theory, arranging, and ear training. Jessica is experienced in teaching students from all ages. She is very passionate about teaching and making sure that students are happy at the end of each lesson.

Josh Martin‘s distinguished music career continues to make waves in the industry by combining his insatiable thirst for all types of music with his dazzling and innovative guitar techniques. After graduating from the Atlanta Institute of Music in 2008, he has toured the world with his Atlanta based, experimental folk band Little Tybee, as well as worked with several top musical instrument brands to make instructional videos and product demos. His approachable, professorial style makes it easy to become engrossed in his passion for the instrument, and continues to inspire many. Josh has taught regularly throughout his career, including classes at the Atlanta Institute of Music, as well as clinic tours around the US. His captivating teaching style chases the engagement of each student, and conjures excitement in beginners to advanced players, from folk finger pickers to metal shredders. Check out some of the instructional videos Josh has done for Ibanez, Earth Quaker Devices, as well as compositions with Little Tybee on youtube. https://www.instagram.com/koalanights/ | https://www.youtube.com/littletybee 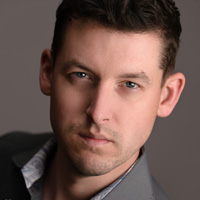 Justin has over 15 years of professionally performing and working in regional theatre and music education. He received an M.A. from Emerson College with an emphasis in Musical Theatre. Justin has also taught music and drama in both the Boston and NYC Public School, served as musical director and organist at several churches in OH, MA, NY/NJ and enjoys all styles of music. He founded and ran a theatre company in both Boston and NYC that focused on developing new works that explored theatre, music, and dance. In the vocal studio, Justin focuses on creating a healthy and authentic sound while building music theory knowledge and developing a conscious technique. Since moving to Atlanta, he regularly performs and directs in the area and founded the Atlanta Theatre Lab which helps performers develop skills such as “self-scripting.” He lives in Grant Park with his wife and son and enjoys hanging out in the neighborhood whenever he can. 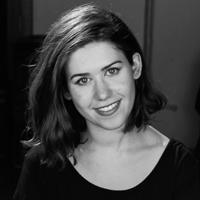 Martina Albano is an Italian vocalist, songwriter, and audio engineer. Her extensive experience in singing contributes to her unique approach to performance and songwriting. Starting at the age of six, she was highly involved with music, beginning with classical piano. In 2011, Martina made the venture to America and discovered new styles of music like Gospel, R&B and Soul music, that she incorporates into her performance and writing.
Martina graduated from Berklee College of Music in Boston with a major in Contemporary Writing and Production. Her skills include extensive experience in producing, writing and studio recording, both as a producer and vocalist.
In 2014, she received two awards (Semi-Finalist and Runner-up) in the Song of the Year songwriting contest, whose jury includes Phil Collins, Alicia Keys, Lenny Kravitz and Steven Tyler.
Martina is very passionate about teaching and mentoring young singers and pianists. Her main goal is to help each student become the best version of themselves, discovering their potential and developing their technical and performance skills. https://www.martinaalbano.com/ 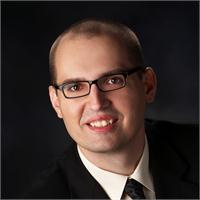 Born in Chicago, IL, Matt has been playing the Hammond Organ since he was ﬁve years old. Matthew has been a full time piano teacher since 2001 and currently teaches at North Fulton School of Music and has also taught at the college level for Georgia Tech in Atlanta, GA. Matthew continues to perform regularly in the Atlanta, GA metro area on three instruments: the Hammond organ, piano, and accordion. ln April of 2009, Matthew accepted the position of organist for the Atlanta Braves. He can be heard at every home game at Turner Field, the home of the Atlanta Braves. www.matthewkaminski.com 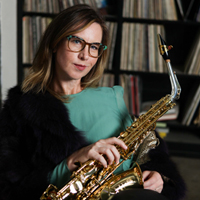 Dr. Paula is “a virtuoso saxophonist that possesses excellent technical attributes and a deep understanding of the music [she] performs” (Ovación). Based in Atlanta, Georgia she enjoys a career as a chamber musician, soloist and educator.
Her musical studies began on piano at age 8 and continued with the saxophone, flute and clarinet. She holds a B.M. from the University of Nebraska-Lincoln, M.A. from the University of Missouri, Kansas City and a D.M.A. from the University of Maryland, College Park in saxophone performance.
As a Selmer-Paris Artist and Clinician she has toured and lectured throughout Argentina, Brazil, Bolivia, Canada, China, Croatia, France, Italy, Mexico, Peru, Scotland, Ukraine and the United States.
Since 1995 she has taught students ranging in age from 4 to 64 in private studio, university and master class settings. Dr. Paula tailors each lesson to the needs of the student based upon their goals such as preparation for competitions, auditions and recitals or simply to play their favorite songs in an environment of curiosity and fun.
www.paulavangoes.com 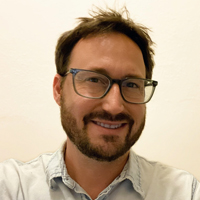 Rex Hussmann has taught kids music lessons professionally for over 15 years. His main goal is to spark his students’ curiosity, imagination, and to help them develop a sense of joy and self confidence through their own musical expression. He earned his B.M. at Berklee College of Music in Boston in 2005 with a focus on piano and song writing. Rex provides structure and organizes lesson plans to help build his students’ musical knowledge and fundamentals, and he believes almost any style of music is teachable. His students perform recitals ranging in styles from classical, jazz, rock, hip hop, pop music, and even songs from their favorite video games, or songs they’ve written. In addition to being an educator, Rex has performed with Grammy award winner Esperanza Spalding, Gordon Gano (Violent Femmes), and Bridget Kearney (Lake Street Dive). He recorded piano, accordion, and Ghanaian balafon with AntiRecords artist Sean Rowe and opened for Robert Plant to a sold-out audience at the historic Capitol Theater in Port Chester, NY. An ATL native, Rex is also a devoted father who looks forward to teaching music to his own child throughout her life. 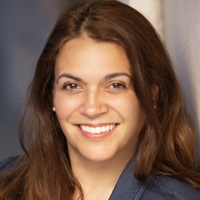 Samantha LaCroix is a TV/Film actress born in Vienna, Austria. She studied voice and acting in Toronto, Canada (Cawthra Park HS for the Performing Arts), piano in TX, (Master’s degree in Piano Performance from Texas Christian University) opera in CT, (Private study at the Yale School of Music), and studied acting in NYC with the American Academy of Dramatic Arts and Broadway Teacher Workshop Summer Programs for several years. She balanced teaching music and theater in award winning school programs with performing in local stage and film productions and raising her family in South Florida. After playing a leading role in the full length feature film Pepperonia, she moved to Atlanta in the Fall of 2020 and is now a full time actor in the Atlanta film industry since July of 2021. She has leading and speaking roles in independent series, films, web series and short films, such as The Paperboy, Hail Mary, Sin the Movie, When Love Calls, Legendary Forces and more, and is booking work in commercials, infomercials and music videos She also works as a stand in, featured background, and background actor on many productions in and around Atlanta, and enjoys yoga, cooking, swimming, composing and writing in her free time. 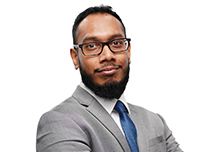 Originally from Manhattan, Sadi earned his BA from Emory University in Atlanta, GA. Sadi has always had an interest in and an ear for music stemming back from elementary school when he played the viola. At college he picked up the guitar and was introduced to recording and audio engineering. Sadi worked with multi-platinum audio engineer, Steve Fisher, at 11th Street Studios where he gained first hand experience of the recording side of the music industry through working with some of the top names on Billboard.

In the fall of 2007, Sadi began working with Peggy Still Johnson at the Peggy Still School of Music. Under Peggy Johnson’s mentorship, he gained valuable business experience as well as further insight into the music industry, specifically music education. Sadi has worked with the Peggy Johnson Foundation for the Performing Arts and the Dallas Austin Foundation to promote audio engineering and music lessons in inner city schools. He had the pleasure of working on the management teams of various talents through PJ Productions and Talent.
After the successful sale of Peggy Still School of Music from then owner, Brian Johnson, in 2011, the school was rebranded as North Fulton School of Music.
Sadi helped transition the school from a recitals and lessons business to one that invested in fostering creativity, artist development and community. In 2012, Sadi worked in Lucky Dog Studios as the studio manager and audio engineer, mixing countless student and local talent EPs and full-length albums under the tutelage of Avid instructor and audio engineer, Joe Kay. Sadi assisted Brian Johnson in opening an independent record label in 2013, Highway 9 Records, which signed internationally touring and award-winning rock band, Kickin Valentina in addition to other local bands and artists.

In 2014 Sadi was selected to serve as regional chairman of the Atlanta 1 Division of the National Federation of Music Clubs (NFMC). In the fall of 2018, Sadi opened Grant Park Music, a new music studio in the Downtown Atlanta area. In 2021, in partnership with Cooper Pianos, Sadi and Blake Cooper opened Cooper Music School, a music studio with locations in Brookhaven, GA and Chamblee, GA. Sadi continues to serve as Executive Director of North Fulton School of Music, Grant Park Music, and Cooper Music School.